So yes, I did it again!
I really have to stop with these disappearing acts!

Truth is, I've just been really swamped with work.
I've been juggling presenting, producing, radio and whenever I get a chance all I want to do is blog, but my body won't allow it.
I've been a little tired and uninspired.

Exciting times though...
Rhythm City , (a South African soapie on e.tv) asked me to be part of one of their episodes.
If you don't know it, here's what it's about: 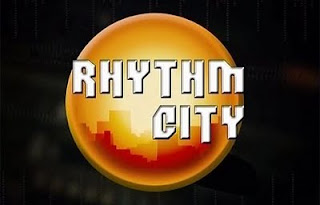 Set in the world of the South African music industry the show blends youth and contemporary adult culture and aims to give a realistic glimpse into the world of music showbiz and the lives of the people who inhabit it.

The action takes place in the city, townships and suburbs of Johannesburg and puts the spotlight on the power battles that happen in the music industry. Storylines revolve around record companies, promoters, producers, DJs and the stars as well as the wannabe stars, has-beens and everyone's families and lovers.

So....Every year, they have the MIA's (Music Industry awards) that they host within the soapie and they asked me to be the MC this year!
It was such an exciting shoot that was pretty long, but so much fun!
It was an honor for me to do it. I mean.... they could've asked somebody else, but they asked me and I can't wait for you to see it!

The nerves almost killed me though, but I hid them well during the shoot....or so I hope!


It will be aired at the end of August on e.tv and I'll be sure to remind you to watch!!