Ok, I'm being a little dramatic, it's just a number right? No, not really, not to me anyway.
Thing is, when I set my goals I usually set a time-frame for which to achieve them. I always get things done when I have a deadline and my age is what I use to set that deadline.
Where did I think I would be at 24?
I've always wanted to be an actress, to be in a big local production, to star in a big movie!! I thought at 24 I'd have the most amazing girlfriends any girl could ever ask for. I thought I would have at least done some travelling...gone bungee jumping...I thought I would've met former President Nelson Mandela and maybe Oprah (I'd love to interview her one day ... just putting it out there.. go on and do your thing Universe.)
At 24, I thought I'd be in a stable relationship with a guy that my family absolutely loves.
I thought I would have moved out of home, I'd be in my own pozzie and free to leave my bed undone whenever I wanted to.
I thought I'd be much closer to God with a soaring spiritual life. I thought I'd have a different dress sense, not sure what it would be , I just thought it would be 'different'... 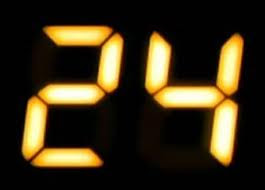 So I'm turning 24 in 2 days, where exactly am I at this point in life?

I'm not the actress I said I would be, but I am a Content Producer for an amazing show called Sistahood on e.tv. It's like a baby that I have grown attached to...I feed it with all my ideas...some crazy, some really serious, some give me that "I can't believe I just thought of that idea" feeling, some are seriously plain boring - yes I get that too, but with an incredible team on my side, the seriously plain boring ones get a major tweak and become a dream of ideas.
It helps that I'm also one of the Presenters on the show because then I also get an opportunity to breathe my ideas to life.
I do radio on weekends on one of the most exciting stations to be a part of. YFM! I'm super grateful to be on such a huge platform, ok this one needs its own blog post.
So even though I'm not the actress I said I'd be, I'm still doing things that bring so much joy in my life and I'm very happy. I love being on radio and TV and I love producing for TV. The actress in me still lives though and she'll be unleashed very soon! Now this is the deadline I have to meet before 25.

The girlfriends? Oh, they're there and they are characters of note! I feel really lucky to have my friends, I know they have my back so yes, they're the dream friends I thought I'd have at 24. I'll dedicate one blog post to all of them soon.

The travelling? Oh, I've done a bit of it... I'm in Amsterdam as I type this! It's my 3rd time here so it's become a second home. In August, I also saw some of the most beautiful places in the world...Paris, Barcelona and the South of France...
I plan to visit Dubai and Italy in the very near future...I need to start saving again. Travelling is an expensive addiction, but one that is so fulfilling.

The bungee jumping? Aint. Gonna. Happen. Period! I'm just not as daring as I thought I would be at 24. Call me boring, call me whatever you want, call me a coward even... I will gladly and happily accept any title.. I just won't go bungee jumping.

Oprah and Nelson Mandela? Universe, I already asked you to work your magic! Now get to work!

Relationship? You just couldn't wait for the relationship part hey? Well, errmm...let's just call it 'tricky' for now. I just know for a fact that the last guy I take home will be adored by my family...I think this one also deserves a blog post on its own, I'm really not being cagey.. it really is tricky!

You'll also be happy to know that I HAVE MOVED OUT OF HOME! Yes I have and as much as I have the freedom to leave my bed undone, I just don't want to do that, it's just not me! I've been learning so many things about myself ever since I've moved and I'm continuing to learn and grow as I go. It's an amazing feeling to be on my own. I do miss my dad but I go home very often, sometimes to turn it into my own grocery store. Not a 24-year-old-thing to do hey? He doesn't seem to mind though.

I'm also working really hard to develop a much stronger relationship with God, I need to get closer to Him. I'm working on this... God has done some amazing things in my life. I think this is the most important relationship you can ever have, it just puts EVERYTHING into perspective. I will fill you in on my progress.

The dress sense? It has changed...only slightly. It's so much better though. I love dressing my body. I think I'll have a 'look of the month or week' section on here. It would definitely force me to make a huge effort at least once a week or month.. hehehe, it'll be fun.


So I'll be 24 in 2 days...
Typing this blog post has made me realise that I am not where I was a year ago and for this I am eternally grateful.
So often we look at the things we don't have and and complain at every chance we get. Take a moment and think about the things you DO have and how far you've come.
You are not where you were a year ago!

Count your blessings
Zithande
Soon to be 24 - Pearl
Posted by Pearl Modiadie at 9:28 AM