The Power Of The P 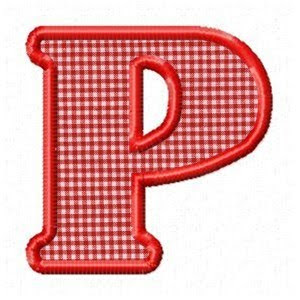 THE POWER OF the P!!!
I have no idea what the power of the P is... lol...
I found the big 'P' online and thought it looked cool!
It could be the Power Of Pearl? No?
The Power Of Paper! as in money? yeah?
The Power Of Peace..? sounds cool enough.
The Power Of a Parachute ? Well, if you're gonna skydive , you better make sure that damn thing works!
Ok, settled.. I'll go with The Power Of A Parachute!
That's what the P is for!

Here's what the dictionary definition of a parachute is - A parachute is a device used to slow the motion of an object through an atmosphere by creating drag.

I'm wishing you a parachute-free week!!
So that nothing slows your motion down and gives you a bit of a drag...
It's at this moment when it's ok to sky-dive without a parachute...

Have a productive one!
This Tuesday sure feels like a Monday...

God loves me and He sure as hell loves you too!
Pearl
Posted by Pearl Modiadie at 5:57 AM